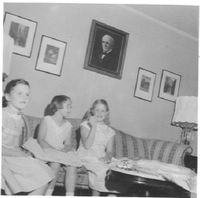 Hell is Other People

Hell is Other People

While I’m old enough and awake enough spiritually to realize that life is not all about my having a good day, some days I let other people disturb my peace.  Yesterday was such a day, and an annoying reminder I have room for improvement in this area.

When I opened my e-mail in the morning, a girlfriend approached me with a business idea.  At 64, I think she is restless in her low paying “retirement job”.   It did not blow my skirt up, and it took two e-mails and some mental real estate to say “no thanks” in the nicest possible way.  Selling muffins to office workers is just not my idea of a 21st Century opportunity.  Watch, she’ll be on the Today show in a few months, and I can say I knew her when!

I was late for my Senior Fitness class (I’m 55 but this class is good and it suits my bizarre Dad-in-adult-day-care schedule) where a guy who I barely know, probably 20 years my senior asked me out for a drink.  In my one and only conversation with him, he said he was a widower, and I think his social skills may be a bit rusty.  These awkward phony ass rituals (not to mention the waste of time and energy part) are exactly why I have retired from dating!  I’m friendly to most people, but I have no interest in dating.  I am trying not to be a middle-aged woman who gains lots of weight, wears hideous clothes and lets herself go just to avoid the dating game.  I guess I would be described as a “failed heterosexual”.  I guess I need an “elevator speech” so I can be ready.

When I checked e-mail later in the afternoon, I got a rant response, regarding the salary I was offering from a Craiglist job posting. In my never-ending quest for a decent caregiver, I troll these on-line job boards, although in reality only a small percentage of domestic workers have Internet skills or access.    I recognized her e-mail/Web address, since I had Googled this woman when she had posted on Craigslist looking for work.  She lives in my neighborhood, but I am not interested in hiring any religious zealots, which as a “reverend” is her Web identity.   Reinforces my lack of trust for the caregiver population, and further convinces me that there are nut jobs out there.

On Sunday I had joined a listserve on-line caregiver support group, and since I have some eldercare issues to deal with.  On my first post, I found myself counseling two members on fairly urgent matters, regarding their family members in long term care facilities.  While happy to help, I feel on a slippery slope giving advice. Each person’s needs are unique, and while facilities in general leave a lot to be desired, it is tempting to make blanket statements which may be interpreted as just negativity on my part.  A bit nervous about this venue, as a newcomer.

I clearly can’t control others, and as a “people person” I find that I am increasingly applying a “filter” of sorts when I interact with people in general.  Is this a healthy boundary, or is this isolating?  Not wishing to become an old curmudgeon, I seek balance between openness and self-protection.   Sort of like “Trust in God but lock your car”.  Today, I am wishing for a recipe for this balance, some simple instructions I can follow in my relations with others.   Or maybe I should just think about stuff like liposuction, it’s sure easier on the psyche.
- August 24, 2005 No comments:

My earlier draft post, more of a rant actually, I have saved to disc for more thought. I told a story to a friend recently, about sitting for an hour with some girlfriends, and probably 40 minutes of the time we shared revolved around a discussion of liposuction and other “work”. His remark was “God bless them.” Now, he is not an Evangelical, in fact we share some beliefs, around New Thought and Recovery. I guess he meant, just don’t judge, they’re on their own path.

This judging thing is perhaps my lesson hard learned during my third year as a family caregiver. I’ve always been an alternative sort of person, sometimes sidestepping, sometimes raging against institutions of our culture and the status quo. It is my desire to be a change agent in the senior services universe, where I am able. At least a vocal critic!

Through the years, I’ve operated largely under the radar, wearing sometimes a thin disguise of normalcy, while I worked and tried to conform, but my independent spirit always prevailed.

My latest cause is eldercare. My plan was to care for my father at home, until I could no longer provide the care, i.e. nursing care. We bought a house with a third bedroom, for the hypothetical “live-in”, which as an inexperienced family member, I thought would be a “nurse”.

In the past three years, I have learned more than I wanted to know about home care, who does the care, how the companies who offer home care operate, and as an added aggravation, I’ve learned how abysmal resident care is in long term care facilities (assisted living or skilled nursing a.k.a. “nursing homes”).

It is very tempting to rant and rave about all the dozens of people who have applied in response to ads I’ve run, or make social commentary on the culture we live in, and how caring for our elders has been relegated to such a fringe population.

2020 - A New Chance to Live Intentionally

I saw this thoughtful writing prompt, End Your Year Intentionally and for weeks I've been collecting my thoughts.  I tend to be mostly ...